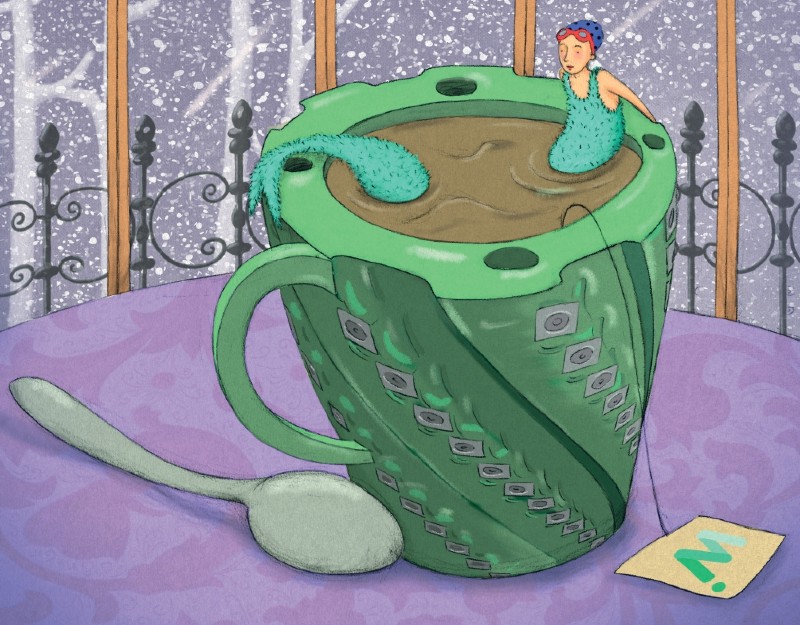 The famous illustrator of the Italian version of Harry Potter has transformed cutters and saw blades into works of art.

Cutters transformed into teacups, boring bits like needles along which the thread of poetry runs, saw blades which take the shape of cat collars and vases blooming with luxuriant green hoggers.

This is what happens when imagination and creativity take over, and take a playful approach to everyday items.

As such, tools used to cut wood are brought to life; metamorphosing into works of art.

Twelve works of art, to be precise - the twelve images created by Serena Riglietti for the 2022 Wirutex calendar.

We have called upon the services of renowned children's book illustrator (who is best known for her version of the wizard Harry Potter) to create a calendar that is also an expression of artistry.

Twelve months to flick through, admiring the ways in which Riglietti reinvents tools and their uses, transposing them into a magical, dreamlike world that hangs between reality and fantasy, a sort of Alice in Wonderland.

Against a backdrop of green, the colour of Wirutex, cutters, saw blades, hoggers and chucks alternate with one another, from the siren floating in tea in the oversize cutter-teacup in January to the month of December, which features a woman with a pendant-bit adorning her neck.

This calendar is designed as an exhortation to live each month - or rather, each day - of the new year in pursuit of imagination and creativity.

Because, as the slogan on the Wirutex calendar states, “Only imagination allows you to create”.